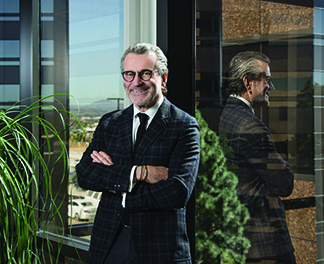 The Right Home for Cornerstone’s Banking

Cornerstone Communities Corporation claimed San Diego’s Builder of the Year Award in 2014 and now in 2016, the company holds the keys as the region’s largest privately held homebuilder. For CEO Ure Kretowicz, one factor in the company’s growth is Torrey Pines Bank.

He says the bank’s willingness to lend – when many others were not – gave Cornerstone an important head start. “The bank was a real part of our success in that it gave us a first mover advantage. While other builders were standing on the sidelines, with the help of Torrey Pines Bank, we could jump in and do big land deals together.”

The resulting developments in Oceanside and Otay Mesa in San Diego’s South Bay together represent more than 700 new homes. These projects are coming online at just the right time because, as Kretowicz says: “The San Diego economy is firing on all cylinders.”

Timing is everything, says Kretowicz, and so is a capable and ready banking resource. “Those two land purchases sent a buy signal to brokers in our industry, which in turn brought other business to our doorstep. Given the speed at which deal flow moves, you need quick decisions to match those lending needs. Torrey Pines Bank does exactly that, and this is one of the most attractive aspects of our relationship with the bank.”