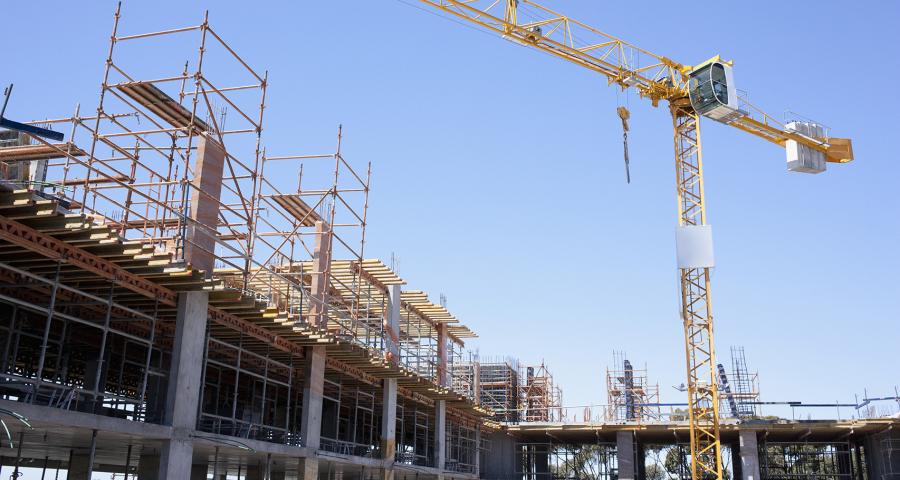 Western Alliance Bank’s deep understanding and experience in the construction industry were a large part of Martin’s decision to choose this bank.

One could speculate that Frank Martin’s dedication to core values is what has made Martin Harris Construction, the company he founded, so successful. His business strives to deliver projects on time and on budget and puts people first, even providing scholarships for their continued higher education. “That is how you make people successful, you invest in them,” he explains.

With this world view, it only makes sense that Martin would seek out a bank that values the personal touch. In contrast, in 2012 his former bank denied a refinance of his office building despite 15 years of business with the bank and an average of $200 million in annual deposits. Instead he turned to Bank of Nevada, where he believes they understand both him and his business.

“It’s easy to have a one-way relationship with your bank – that’s what I had with my other bank,” notes Martin. “My job was to deposit money and that’s it. With Bank of Nevada, there is constant contact. They are always in touch."

Bank of Nevada’s deep understanding and experience in the construction industry were a large part of Martin’s decision to choose this bank. According to Martin, the bank’s experts perfectly orchestrated an electronic weekly payroll/ACH capability for all of his 290 employees. When it was time to negotiate a credit line, the bank already understood the nature of the firm’s cash flow and that not every month is the same.

Martin was so confident in the bank’s value to the company’s success that he negotiated it in as part of the company’s acquisition. “When we sold Martin Harris Construction, we were able to make sure Bank of Nevada maintained the position with our company. The acquiring company saw how good Bank of Nevada was – that they were totally devoted to the Las Vegas market – and this made a big impression,” says Martin.