Nevada will experience a strong recovery due to pent-up consumer demand, generous stimulus efforts, and the vaccine’s increasing availability and distribution, according to Christopher Thornberg, Ph.D., founder of Beacon Economics. However, the speed of the recovery will be dictated by the pace of the vaccine’s rollout. Thornberg presented his insights at the First Independent Bank Virtual Economic Forum on March 10, 2021.

Thornberg's expectation has not changed from his opinion first offered in July of 2020 that the economy will experience a "V" recovery. In fact, from a GDP perspective, the recovery has already begun. According to Thornberg, recessions are measured from the peak of the last expansion to the trough's bottom. By that measure, Thornberg says the pandemic-related recession was the shortest in U.S. history, beginning in February of 2020 and ending in April of 2020 when GDP hit a low of 16,500. By May of last year and nearly every month after, GDP increased over the prior month. The exception was November and December of 2020 when an uptick in COVID cases stalled business and production. By January of 2021, GDP was again on the rise, reaching 19,000. “The economy is rocketing back,” said Thornberg. “We’re looking for six (6) percent growth in the first quarter of 2021, 11 percent growth in the second. Overall, we expect the U.S economy to grow close to seven percent, year over year.”

Northern Nevada Economy
As a result of Northern Nevada’s continued expansion into the technology sector, the region was in a better position to weather the impacts of the COVID pandemic, according to Thornberg. While many businesses, especially those relying on foot traffic or in-person sales and experiences faced incredible challenges, the downturn’s impact was tempered somewhat by the technology sector’s strength. As an example, Thornberg cited the Reno area’s unemployment rate during the downturn which was roughly half of that in Southern Nevada, where hospitality and convention business is a major driver of the economy.

Unemployment
Historically, when unemployment goes up, it can take a long time to come down. The Great Recession is a good example of that theory. However, as Thornberg noted, the pandemic shock we've endured is quite different from the Great Recession. Although in the early days of the pandemic, the national unemployment rate was near 12 percent, many of those workers were "temporarily" unemployed. Hotel, restaurant, bar, and convention employees still technically had jobs, but their workplace was closed due to the virus. By January 2020, the 12 percent "temporary" unemployment rate decreased to about two (2) percent as many of those workers went back to their jobs. The truly unemployed - those without a position to go back to - remains at about five (5) percent, a relatively low number. In Northern Nevada, the area’s unemployment rate hit a high of about 18 percent in early 2020 as the pandemic took hold, but within a few months fell to seven (7) percent and has continued to fall. By comparison, during the Great Recession the Reno area’s unemployment rate had reached 14 percent in 2010. It would take roughly five (5) years to fall to the seven (7) percent level.

Housing
Housing is a fundamental sign that the economy is getting ready for a new era of growth relatively quickly, according to Thornberg. In 2020, some areas of the state saw residential permits grow at a rate not seen since 2007. In the Reno area, single-family homes led the way in permit growth with an additional 547 permits, year over year. Multi-family permits fell from the previous year by 919.

Commercial Real Estate
Coming into the pandemic, commercial real estate experienced a rise in the vacancy rate, which Thornberg believes was due to the building already underway and which was ahead of the actual demand for space. Once the pandemic hit, vacancy rates continued to rise but for a completely different reason. Negative absorption occurred in the office sector as many people left their office space and worked from home. That shift led to a change in demand and further increased vacancies across the country which also put pressure on rental prices. The Q4 2020 vacancy rate in Reno was 23 percent, an increase of 1.4 percent year over year, which also led to a 1.4 percent drop, year over year in rental prices. On the industrial side, warehouse space had a much lower vacancy rate, which Thornberg says was filed in part by the 30 percent rise in online shopping during the pandemic. In Reno, the Q4 2020 vacancy rate was 10.5 percent, a slight reduction (0.4 percent) year over year. Rental prices were flat year over year.

Thornberg provided his opinions and insight during an online presentation on March 10, 2021, to clients of Bank of Nevada and First Independent Bank, both division of Western Alliance Bank, Member FDIC. To access the recording of Dr. Christopher Thornberg’s entire video presentation, please click here. 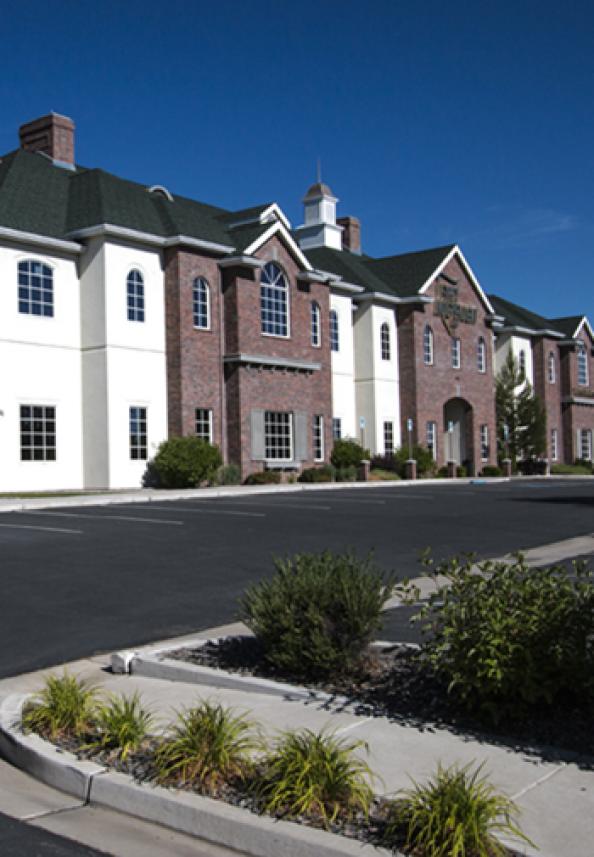