A growing population, marked job gains and sustained business activity across almost all industries yield positive news for Arizona’s economy for 2020. This was the message shared in an insightful presentation delivered by prominent economist Dr. Christopher Thornberg at Alliance Bank of Arizona’s 2020 Economic Forum.

Arizona’s economy continues on its upward trajectory as all key indicators point to steady, sustained growth, as every major metropolitan area in the state experienced job growth and consistently low unemployment rates. Overall, in the second quarter of 2019, total economic output grew at a 2.9% annual rate, outpacing neighboring Nevada (2.6%) and California (1.9%), as well as the nation by almost a full percentage point (2.0%). Despite the national population growth rate trending downward, Arizona’s rate has been accelerating over the past eight years. From July 2018 to July 2019, it had positive net migration of 98,000, the largest positive net migration this year, behind only Florida and Texas.

With nearly half of Arizona’s population in prime working age (age 25-64), the population increase has translated into strong growth of the labor force, which has increased 1.5% year-over-year since 2011. Arizona outpaced that trend last year with the labor force increasing 2.7% to 3.6 million workers from October 2018 to October 2019, outperforming Nevada (2.5%), California (-0.3%) and the nation (1.0%).

Also, job gains in the state have exceeded additions to the labor force and have been robust in nearly every industry. Specifically, the top three industries leading job growth from October 2018 to October 2019 included:

As reflected by the surge in employment in the construction industry, Arizona’s housing market continues to grow. Although home sales fell in the first half of 2019, they improved markedly by September 2019, increasing 12.5%, up 11 percentage points from the previous quarter. However, the Retail Trade industry, challenged by the growth of ecommerce, only saw a 0.1% employment increase.

With these economic indicators, Dr. Thornberg projected that Arizona’s economy will continue to expand and add jobs over the next year, with nearly every industry expected to contribute to overall growth.

Other notable state-wide findings from the report:

Tourism: With the addition of 5,600 new jobs, the industry remained strong in 2019, with growth in hotel and motel sales through September 2019, above the post-recession average. As well, the state’s two largest service airports saw positive year-over-year growth in total passengers, even though tourism to state and national parks fell 3.3% in 2018.

Getting Local: A look at Phoenix, Tucson & Flagstaff

Understanding local dynamics within the thriving state, the report zeroed in on key regions in Arizona, specifically:

Tucson
Arizona’s second-largest economy also continues to grow steadily, with employment increasing 1.7% from October 2018 to October 2019. The region’s labor force increased 2.7% year-over-year, adding 13,000 new jobs to the labor market, with the largest gains coming in the Education and Health Care supersector, which increased 6.4% year over year in October 2019 with 4,200 jobs. Employment was also bolstered by the Leisure and Hospitality, Manufacturing, and Construction industries, all of which recorded strong growth in October 2019. In addition to the Retail Trade industry declining (-4.8%), Tucson’s employment snapshot also saw two additional industries, which make up a quarter of the region’s total employment base, decline. Administrative and Support Services, and Professional and Business Services fell 3.0% and 2.8% respectively from October 2018 to October 2019. Where housing is concerned, the Tucson market continues to be more affordable than the Phoenix MSA, with median home prices at $214,000 in September 2019. While home sales fell during most of 2017 and 2018, they have regained momentum through the second half of 2019. As well, unlike Phoenix, construction activity in Tucson’s single-family housing market has not picked up following the recession.

Flagstaff
While the labor force in the Flagstaff MSA has increased, it recorded the slowest pace of Arizona’s MSAs, increasing only 1.8% year-over-year in October 2019. Employment growth has also slowed with total nonfarm employment increasing only 0.6%, adding 400 jobs to the market. The Leisure and Hospitality industry, the region’s largest sector employing roughly 23% of the total workforce, had the highest employment growth in October 2019 at 6.4%, adding 1,000 jobs. Despite those gains, the remaining industries sustained stagnant or declining employment growth, most significantly the Financial Activities and Professional and Business Services sectors, which had the largest percentage point declines at 6.8% (100 jobs) and 2.8% (100 jobs). From a housing perspective, in September 2019 home prices in the Flagstaff MSA reached $360,000, an increase of 2.4% from the same period a year earlier, which exceeds prices in Phoenix ($271,000) and Tucson ($214,000) MSAs. Overall, home price appreciation has slowed with year-over-year growth falling by 4.5 percentage points from September 2018 to September 2019.

Further details can be found in the Regional Intelligence Report, prepared by Beacon Economics LLC and presented by Alliance Bank of Arizona at the organization’s 2020 Economic Forum. Download your complimentary copy now using the form to the right. 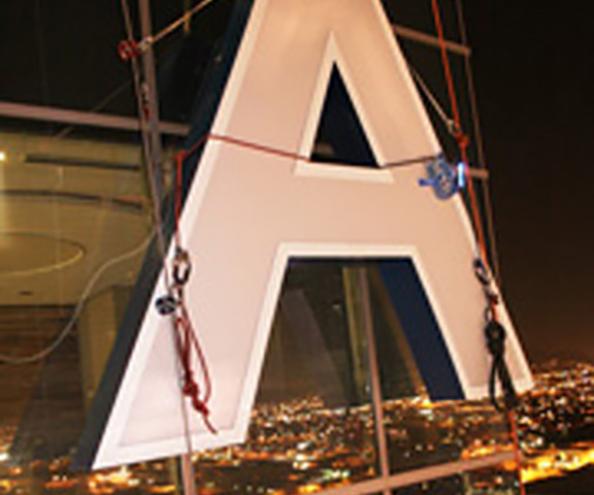