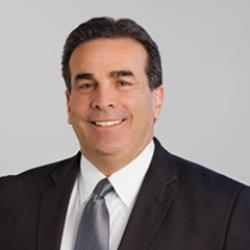 John Guedry is division CEO of Bank of Nevada. Mr. Guedry has 38+ years of experience in financial services and related industries in Nevada. Prior to joining Bank of Nevada in August 2011, he was president and chief executive officer of Business Bank of Nevada until it was purchased in 2007 by City National Bank, where he remained as executive vice president until 2010.

Mr. Guedry is an avid cyclist, completing tours and competitions in multiple states and countries. A native of New Orleans, Mr. Guedry moved to Las Vegas with his family in 1974. He is a graduate of the University of Nevada, Las Vegas, with a Bachelor’s degree in Business Management. He and his incredible wife of over 37 years, Debra, have two talented daughters, Jennifer and Jaclyn, as well as two active twin grandsons, Bradley and Brayden.